(Don’t) Reach Out and Touch Someone

(Don’t) Reach Out and Touch Someone

I recently read two articles I found to be both important and disturbing. “The Coddling of the American Mind,” authored by Greg Lukianoff and Jonathan Haidt, was published in the September, 2015 issue of The Atlantic. “The Microaggression Farce,” by Heather Mac Donald, appeared in the Autumn, 2014 edition of City Journal. The two publications – hardly political bedfellows – point to the proliferation of “trigger warnings,” and accusations of “microaggression” as troubling signs of our growing inability to manage hurt feelings and engage one another with civility when we feel affronted.

For those of you who may be unfamiliar with the terms, ‘trigger warnings’ are, “alerts that professors are expected to issue if something in a course might cause a strong emotional response,” while ‘microaggressions’ are, “small actions or word choices that seem on their face to have no malicious intent but that are thought of as a kind of violence nonetheless.” If these terms are new to you, I invite you to participate in a quick thought experiment: imagine an utterance that might qualify as an example of a ‘microaggression’. Once you’ve come up with a likely candidate you may read on.

The Atlantic article informs us that the statements, America is the land of opportunity, and, I believe the most qualified person should get the job, have been identified as examples of microaggression by the administration of a major state university. Indeed, deans and department chairs from ten campuses of this prestigious institution were exhorted to see that they and their faculty colleagues desisted from making such ‘violent’ utterances.

Which venerable institution of higher education has adopted such a policy? I am dismayed to say it is none other than our very own University of California. 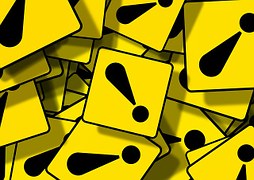 What about ‘trigger warnings’? At Columbia University, students have asked that professors offer cautions that Ovid’s epic poem, Metamorphoses, will expose them to depictions of sexual assault. Other campuses have seen calls for ‘trigger warnings’ to accompany the assignment of F. Scott Fitzgerald’s The Great Gatsby. (Surely, the Bible makes the grade as a leading source of material for which advance warnings must be issued.)

Both aforementioned articles refer to the fate of an emeritus professor of education at UCLA by the name of Val Rust, who fell victim to the new sensibilities sweeping the nation’ college campuses. (City Journal reports the story in considerable detail.) In 2013, Professor Rust committed an ostensible microaggression while teaching a dissertation preparation course at UCLA’s Graduate School of Education. The offense occurred while reading a student’s draft dissertation proposal, when he changed a capital ‘I’ appearing in the word ‘indigenous’ to lowercase. Apparently, such an action was interpreted as a repudiation of the author’s viewpoint.

This was by no means the sole offense committed by Professor Rust. His students were reported to have been put off by his insistence that they follow the more exacting Chicago Manual of Style when formatting their dissertation references, rather than the somewhat more relaxed format established by the American Psychological Association.

If such actions weren’t sufficiently heinous, Professor Rust violated all bounds of decency when he crossed that most forbidden of lines, even between adults involved in a graduate-level course. As author Heather Mac Donald describes it, during one heated classroom discussion:

“Rust reached over and patted the arm of the class’s most vociferous critical race-theory advocate to try to calm him down–a gesture typical of the physically demonstrative Rust, who is prone to hugs. The student, Kenjus Watson, dramatically jerked his arm away, as a burst of nervous energy coursed through the room.”

Sometime thereafter, five members of the class, accompanied by other students and staff from UCLA’s student newspaper, entered Professor Rust’s class, formed a circle around the remaining five students, and recited a proclamation critical of the 79 year-old emeritus professor. The UCLA Daily Bruin reports the protest and ensuing ‘sit-in’, here. 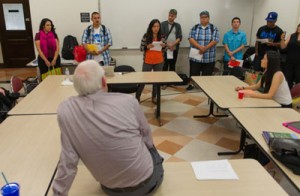 This is by no means the end of the story. Sadly, it’s only the beginning. The remainder is a sordid narrative describing the cowardly failure of a once great school of education to come to the support of a man who helped make it so. As Ms. Mac Donald writes:

“the education-school administration sacrificed Rust’s honor and feelings, not to mention the truth, to avoid further inflaming the protesters. This is not just a moral lapse; it is also an educational one.”

The story leaves a particularly bitter taste in my mouth, as Val Rust was my professor and graduate advisor. It would be difficult to find a gentler, or more sympathetic human being.

Reading the two articles raises many troubling questions involving academic freedom, authority, standards, respect, victimization, power and race. Above all, it calls into question our ability to resolve our personal grievances and conflicts civilly, without politicizing our differences, resorting to coercion, or humiliating others. It is difficult to foresee how the events described at UCLA’s Graduate School of Education will be surmounted in a manner that will redound to the actual benefit of either the aggrieved students or the accused faculty.

Meanwhile, another generation of students sits in classrooms throughout the nation as a new school year commences. Whether they admit it or not, they look to their teachers not only as sources of knowledge and facilitators of learning, but as adult role models. They need and deserve more from UCLA. We all do.

Note: The opinions expressed in this article are solely those of the author and do not necessarily reflect the views of the California Association of Private School Organizations or its respective members.