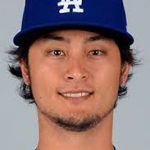 The Los Angeles Dodgers finished this year’s regular season with the best record in baseball, winning a total of 104 games. During one torrid stretch, the team chalked up 43 wins in 50 games played, a feat last accomplished more than 100 years ago. After 29 years of coming up short, the Dodgers steamrolled opponents to win both the League Division Championship and National League pennant, securing the team a ticket to the World Series, where they proceeded to lose in 7 games to the Houston Astros. As a lifelong Dodgers fan, it hurt. Bad. Real bad. And that’s a good thing.

Losing is important. For one, it’s part and parcel of competitive athletics. Without losers there can be no winners, and if it doesn’t hurt to lose, it can’t really feel all that good to win. Ask baseball fans if they’d have preferred to terminate this year’s World Series after six games (with the contest deadlocked at three wins for each team) and simply award certificates of participation to all the players. To accept a seventh-and-deciding game is to face the possibility of loss, failure, disappointment, shame, rejection, and more, for the opportunity to emerge a winner.

Such risk taking is commendable. Aside from “nothing ventured, nothing gained,” losing is part-and-parcel of living. If we can learn how to lose when the stakes are relatively inconsequential, as in the case of a baseball fan whose team has lost the World Series, perhaps we will be better equipped to cope with the more substantial array of losses life will invariably bring our way: losing opportunities (e.g., to attend one’s first-choice college, to land a particular job, to sell a script, etc.), losing esteem and/or status (e.g., being rejected by a romantic interest, getting fired, feeling snubbed or belittled, etc.), losing money, losing our youth, appearance, vigor and health, losing loved ones and friends.

Being on the losing end of a World Series, a Super Bowl, or a Stanley Cup may afford an opportunity to experience a compressed version of the five stages of grief posited by Elisabeth Kübler-Ross. Denial: “There’s no way the Astros were the better team. No way!”  Anger: “Dave Roberts should be pilloried for starting Yu Darvish in Game 7!” Bargaining: “Losing is exactly what the Dodgers needed to get them across the finish line next year!”  Depression: “It really hurts.” Acceptance: “That’s how it is.”

Losing reveals character. Winning does, too, but not so much as losing. There is a certain symmetry to being magnanimous in victory and gracious in defeat, or sharing credit for victory, and diffusing responsibility for defeat among team mates. It’s just harder when one must also shoulder the dejection and pain that comes with losing. Every member of a football team wants to pile on the placekicker who has just delivered a winning field goal with no time left on the clock. How many of those same team mates would rush to console the player had he flubbed the kick?

The aforementioned Dodgers pitcher, Yu Darvish, had two disastrous appearances in the recently concluded World Series, including an all-too-brief stint as the starting pitcher in the decisive seventh game. Mr. Darvish has an interesting ethnic background, being the son of an Iranian father and a Japanese mother. (He was raised in Japan.) One can only assume that the cultural influences to which he was exposed placed considerable emphasis upon achievement, avoidance of shame, and the saving of face. The Dodgers acquired his contract late in season, for the express purpose of adding a stellar starting pitcher to the teams post-season lineup.  Mr. Darvish’s two World Series appearances were the shortest of his career, and his failure to perform on the sport’s biggest stage must have been devastating.

Any middle or high school dedicated to the examination and development of character would do well to challenge its students with the following set of questions:

In a statement appearing in the Los Angeles Times the day following the conclusion of the World Series, Mr. Darvish provided a surprisingly candid glimpse into how he copes with failure: “Everyone has really awful days. When I have an awful day, what I think about is how for every awful day I’ve had, I’ve had a great day and I’ve added another wonderful person to my life. When I think like that, it’s easier. But what I did today affected everyone on the Dodgers, so I don’t know if that’s going to work.”

Point taken.  Perspective is necessary, but may be insufficient. After suffering a loss, we need other people to be there for us. And chances are good that others will have our backs if we’ve been there for them. Learning to lose like a winner is a whole other game, and like it or not, life will give us plenty of chances to play.