Why is Title II, Part A funding in my district less than I anticipated?

If your school is located within the Los Angeles Unified School District, chances are good that you were disappointed when you were advised of the amount of

The answer stems from an element of the No Child Left Behind Act known as a “hold harmless” provision.  As you know, under NCLB, public school districts were required to calculate the proportionate share of Title II, Part A funds to be set aside to provide professional development opportunities to private school educators using only those funds allocated for professional development activities as the basis for making the computation.  Without the “hold harmless” provision, a district could have decided to use 100 percent of its allocation for other purposes (e.g., signing bonuses for public school teachers), and set aside no funds at all for equitable services to private school educators. 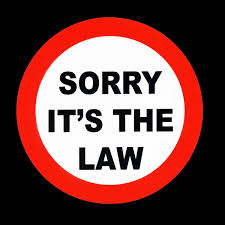 The “hold harmless” provision prevented any such possibility by requiring districts to set aside at least as much money as was spent on class-size reduction and the Eisenhower Math & Science program (combined) during the year before NCLB took effect.  Here’s the statutory text:

“(B) Subject to subparagraph (A), the share of the local educational agency’s subgrant under part A of title II that is used for professional development and subject to a determination of equitable expenditures under subsection (a)(4) shall not be less than the aggregate share of that agency’s awards that were used for professional development for fiscal year 2001 under section 2203(1)(B) (as such section was in effect on the day preceding the date of enactment of the No Child Left Behind Act of 2001) and section 306 of the Department of Education Appropriations Act, 2001.”  (NCLB Section 9501(b)(3)(B))

Now, here’s the rub.  It so happened that a couple of years prior to the enactment of NCLB, California passed a sweeping class-size reduction bill that forced LAUSD to hire a significant number of new teachers.  To help foot the bill, the district used a substantial amount of federal class-size reduction money.  NCLB’s “hold harmless” provision turned that amount into a funding floor for the Title II, Part A private school set-aside.  Ironically, what was intended as a minimum guarantee for equitable Title II, Part A funding, became something of a windfall for LAUSD’s private schools.  Under ESSA, the “hold harmless” provision no longer exists.