ESSA: A Starter Kit for Private School Educators
Title I

Introduction| What is ESEA? | ESSA & Private Schools | Consultation | The Titles

What is Title I, Part A? 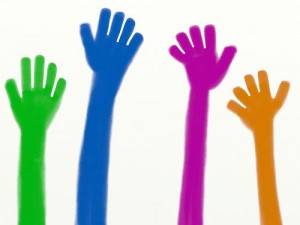 Title I, Part A is ESSA’s flagship program.  Its purpose is to close the academic achievement gap by providing various forms of assistance to students considered most academically at-risk.  Congress authorized spending of up to $15 billion for Title I in fiscal year 2017 – an amount that is greater than the sum of spending limits for all the other ESSA titles, combined.

How does Title I-A funding work?

Funding flows from the U.S. Department of Education to state departments of education (SEAs), and from there to local public school districts (LEAs).  The amount of funding received by a state, as well as by its respective LEAs is determined by a formula that is weighted by the incidence of poverty.  In order to plug values into the formula, each district conducts a count of children whose families meet a designated poverty criterion.  The count includes children who attend private schools.  Each district can choose one of four ways to determine the number of private school students who meet the criterion.  A district may: 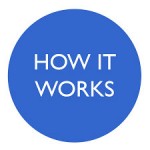 Example:  Assume that 20 students enrolled in your private school come from families that meet the Title I poverty criterion used by the public school district in which they reside.  Further assume that the total number of public and private school students whose families meet the poverty criterion is 4,000, and that the district’s total Title I, Part A allocation is $5 million.  Because your school’s 20 students accounted for one-half-of-one-percent of the total amount of funds generated, the district would reserve $25,000 to provide services to students in your school who reside within the public school district boundaries, and who have been determined to be at-risk of academic failure. 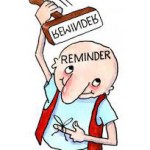 Keep in mind:  The services provided by the $25,000 need not be received by the same children responsible for generating the Title I, Part A funding.  It may be the case that only 10 students in your school are considered to be at risk of failing, and that some, but not others come from families that meet the Title I poverty criterion.  Be that as it may, all ten students would be eligible to receive Title I services funded by the $25,000.  Also, it must be borne in mind that children enrolled in a private school often reside in more than one public school district.  Because participation in Title I, Part A is determined by the district in which a child resides (and not the district in which his/her private school is located), private school officials often need to participate in consultation with representatives of multiple public school districts.

It all starts with consultation!

Consultation with public school district representatives should begin well in advance of a school year.  Private school officials will need to know how much funding is available to provide Title I, Part A services to eligible students in their school.  Agreement must be reached on the means employed to identify the private school students in need of services.  Most importantly, the specific nature of the services must be planned.  Finally, the parties to the consultation must agree on how the academic progress of participating students is to be assessed.

Potential Pitfalls:  Staff turnover and reassignments can be endemic in public school districts. You may well find yourself dealing with a counterpart who’s as new to doing this as you.  Add to that the fact that you’ll both be dealing with a new law, one for which a full set of regulations and guidance has yet to be issued – and you may end up hearing a lot of “don’t know,” and “can’t tell you.”

Do not despair!  First, be prepared for such encounters.  It’s better to hear an honest “I don’t know,” than to be provided with misinformation.  In fact, anyone who holds themselves out as an expert on ESSA at this stage of its evolution should be regarded with some degree of suspicion.

Second, uncertainty must not stop you from proceeding.  Ask your district colleague whether the district is planning to provide Title I, Part A services to its public school students in the coming academic year, and you can almost certainly expect an affirmative response.   At that point, you can politely point out that the law requires the district to provide comparable services to eligible private school children…and that the services won’t be equitable if they’re not appropriately planned.

Finally, keep in mind that consultation must be both timely and meaningful.  District employees

have an obligation to obtain whatever information in necessary to facilitate timely and purposeful planning.  If district staff have questions, they should contact the California Department of Education.  If you have questions, CAPSO is here to help!

Remain positive.  Chances are good that the bumps in the road will be surmounted, things will work out, and your students will receive the extra, individualized help they need to get them over the hump and onto the path to academic success. 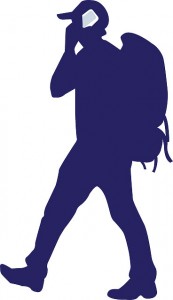 This portion of Title I contains provisions designed to ensure that children whose families migrate from state to state during the course of a school year:

ESSA §8501(b)(1)(A) provides that if such children are enrolled in private schools, they, their parents and teachers, are entitled to receive services that are comparable to those received by similar children enrolled in public schools. Funding is provided on a proportionate basis, with a total of $375 million having been authorized for each of fiscal years 2017 through 2020.

If you have reason to believe such children are enrolled in your private school, you should bring the matter to the attention of your local public school district colleagues, so as to consider their eligibility for assistance.

Next: Title II, Part A

Title I in a Nutshell 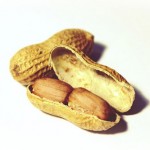 Title I provides academic assistance to students considered at risk of failing academically, and who reside in areas marked by high concentrations of poverty.  Funding for Title I services is determined by a count of all students residing within a public school district whose families meet a poverty criterion, regardless of whether they attend a public or a private school.  The funding is then divided proportionately between public and private schools (though private schools never receive actual dollars).  Academic support services are then provided, either by district staff, or by third-party providers of service, to the students who have been identified as most in need of additional assistance (regardless of whether those children hail from families meeting the poverty criterion, or not.)

Examples of services provided under provisions of Title I, Part A include instructional services (including evaluations to determine the progress being made in meeting such students’ academic needs), counseling, mentoring, one-on-one tutoring, or other benefits (such as dual or concurrent enrollment, educational radio and television, computer equipment and materials, other technology, and mobile educational services and equipment). (ESSA §1117(a)(1)(A))  School districts must also ensure that teachers and families of the private school students receiving services participate, on an equitable basis, in services and activities designed to promote parental involvement and family engagement. (ESSA §1117(a)(1)(B)) 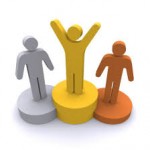 During consultation, private school officials may request that Title I, Part A services will be provided by a either a public or private third-party provider of service.  Perhaps a particular company was highly recommended by colleagues at other private schools, or appears to possess a better understanding of the culture of the private school in question.

Whereas the public school district has the final say in determining who will provide Title I, Part A services, the ESSA statute requires that consultation include, “…a thorough consideration and analysis of the views of the private school officials on the provision of services through a contract with potential third-party providers.” (ESSA §1117(b)(1)(G))  Moreover, if district representatives disagree with a private school official’s request that Title I services be provided by a third-party, the statute says the district must “…provide in writing to such private school officials an analysis of the reasons why the local educational agency has chosen not to use a contractor.” (ESSA §1117(b)(1)(H)) 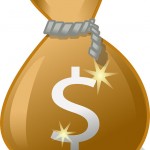 Authorization limits are found in the ESSA statute, itself, while appropriations are made, fittingly enough, through periodic (usually annual) appropriations bills.  There is no requirement to fund a program at its full authorization level.  In fact, there is no requirement to appropriate funds for an ESSA program, at all.  Typically, the President calls for a particular appropriation in his annual budget request.  At times, a president as “zeroed out” funding for a given program, by requesting no appropriation.  Sometimes Congress has ignored such a request, and at other times, programs have been effectively terminated, for lack of a current appropriation.