1. Is the new law applicable to private schools?
Yes. The new law pertains to all private schools offering instruction in any of grades kindergarten through 12, with the sole exception of home schools. (Students enrolled in independent studies programs offered by a public school district or charter school are also exempt.)

2. Do the vaccination requirements apply to children enrolled in Transitional Kindergarten?
⇒New Content (October 29, 2015):  Yes.  For purposes of implementing the provisions established by SB 277, no distinction is drawn between kindergarten and transitional kindergarten.  This view is upheld by the statutory language to appear as California Health and Safety Code Section 120335(g)(2)(B), effective January 1, 2016, which can currently be viewed in the text of SB 277.

Therefore, a pupil currently enrolled in either kindergarten, or a transitional kindergarten program that meets the requirements for such programs established by SB 1381 (Simitian – 2010), who has, or will have a personal belief exemption letter or affidavit on file with the governing authority of the school prior to January 1, 2016, will remain exempt from the new immunization requirements until he/she enters grade 7.

3. When do the provisions of the new law take effect?
SB 277 “goes on the books” January 1, 2016. However, its provisions state that the new requirements will become effective as of July 1, 2016.

4. Which vaccinations are required, and at what ages must they be received? 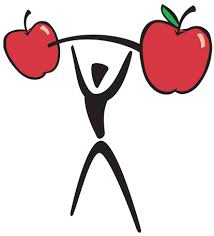 5. What about students who are in current possession of a personal beliefs, or religious beliefs exemption?
⇒New Content (October 29, 2015):  If, prior to January 1, 2016, a pupil will have a personal beliefs exemption letter or affidavit on file at a private or public elementary or secondary school, child day care center, day nursery, nursery school, family day care home, or development center, the pupil will remain exempt from the new requirements unless and until he/she enters either kindergarten (including transitional kindergarten), or grade 7. Thus:

6. What happens to students who transfer from one school to another?
A student who will have filed a valid personal beliefs objection prior to January 1, 2016 can transfer from one school to another without being required to fulfill the mandatory vaccination requirements, unless or until the student is, or will be entering kindergarten, or seventh grade.

7. What kind of medical personnel will be authorized to issue medical exemptions?
Based on communication with one of the author’s offices, we believe that effective January 1, 2016, the only persons authorized to grant medical exemptions from state-mandated vaccinations will be licensed M.D.s and D.O.s (Doctors of Osteopathic Medicine).

8. Can a medical exemption be issued out of state?
The answer to this question is unclear at present. CAPSO has raised the issue with staff employed by one of SB 277’s authors, and has been told that the matter will be clarified. When we receive such clarification, we’ll post it.

9. Can a physician issue a blanket medical exemption covering all mandated immunizations?
The law states that a physician must specify the immunizations for which a medical exemption is being granted. The statute requires physicians to furnish a written record indicating “the specific nature and probable duration of the medical condition or circumstances, including, but not limited to, family medical history, for which the physician does not recommend immunization.” (Health and Safety Code Section 120370(a))

11. Can a student who has not completed all mandatory immunization requirements, and who has no currently valid exemption from such requirements be admitted to school?
Yes, though such admission is conditional. Conditional admission is addressed in Section 6035 of Title 17, Division 1, Chapter 4, Subchapter 8 of the California Code of Regulations, which can be found, here. Schools must periodically review the records of all students admitted conditionally to ensure that such students become fully immunized against all diseases for which immunizations are required, within the established time periods. (The California Code of Regulations, Section 6070(f) requires such records to be reviewed “every 30 days until that pupil has received all the required immunizations.”) Pupils without valid exemptions who fail to comply within the required time periods must be excluded from further attendance. Because the time limits for the completion of the required immunizations can be complicated, it is good practice to consult with the local County Department of Public Health to establish a schedule for the completion of any required immunizations.

12. If a school has good cause to believe a child has been exposed to a disease for which he/she has not been immunized, can the child be excluded from school?
Yes. The law provides that such a child may be temporarily excluded from a school until the local health officer (i.e., the local County Department of Public Health) is satisfied that the child is no longer at risk of developing or transmitting the disease. (Health and Safety Code Section 120335(b)). Private schools should consult with their local County Departments of Public Health to determine appropriate action in such cases. Schools should also consider including mention of such a policy in student/parent and faculty handbooks and/or other documents, as appropriate.

13. Do County Departments of Public Health have access to student health records?
The law (Education Code Section Section 49076(a)(4)) states that “the local health department shall have access to the complete health information as it relates to immunization of each student in the schools or other institutions listed in Section 120335 in order to determine immunization deficiencies.”

14. What effect might current efforts to overturn the new law have on its implementation?
A campaign to qualify a referendum seeking to overturn the new provisions established by SB 277 is currently underway. If its backers succeed in collecting at least 365,880 valid signatures by September 28, 2015, the referendum will appear on the state’s November, 2016 ballot. Should that happen, implementation of the law would be deferred until its status is determined by the election results. Even if the required number of signatures should be collected, schools would be best advised to adhere to the current timeline for the implementation of the new law.

15. Did CAPSO take a position on SB 277? Is CAPSO taking a position on the current referendum seeking to overturn the new provisions it established?
No (on both counts). However, CAPSO encouraged SB 277’s authors to amend the measure so as to provide schools with an additional period of time to phase in its provisions.

16. What are some additional helpful resources?

B. Links to County Departments of Public Health