SSPI Candidates Meet with CAPSO Board 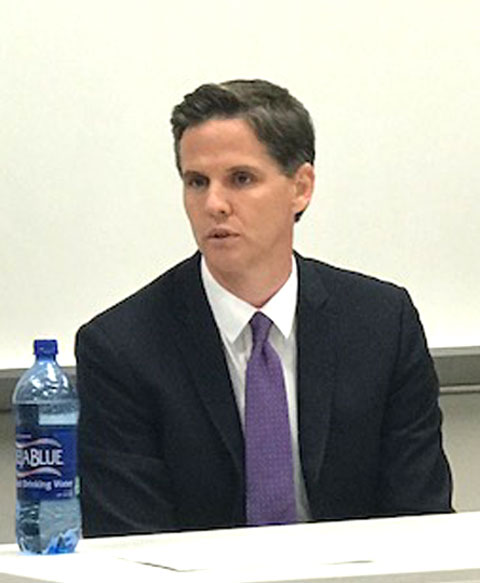 Note:  CAPSO is a non-partisan, nonprofit organization,and does not endorse candidates for public office. 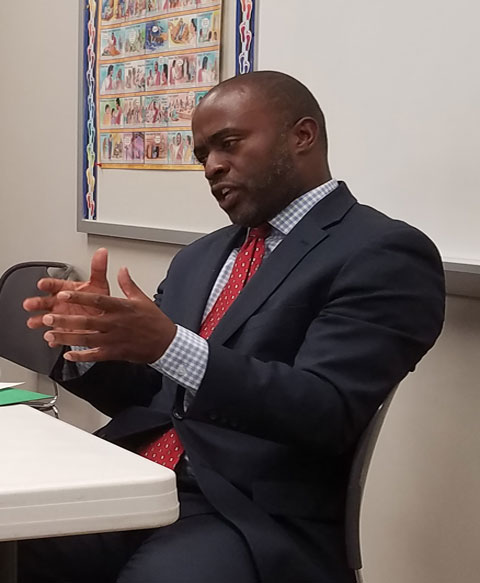 Getting to Know You

On August 29, 2018, the two candidates for the office of State Superintendent of Public Instruction paid separate visits to CAPSO’s board of directors to share their personal stories and visions, discuss the role of private schools within the broader landscape of K-12 education, and answer questions on a range of issues.  State Assemblymember Tony Thurmond and Marshall Tuck, both Democrats, emerged as the two leading vote-recipients in California’s June 5 primary election, and are currently locked in a tight race to succeed Tom Torlakson as the Golden State’s next chief education officer.

CAPSO President Dr. Kevin Baxter offered a warm welcome to each candidate, noted that more than one in every five of California’s K-12 schools is a private school, and underscored the fact that private schools save the state at least $5 billion each year.  Describing private schools as partners in the education of the public, Dr. Baxter expressed the hope that the next State Superintendent would strengthen the relationship between the California Department of Education and private school leaders.  (The CDE is responsible for monitoring and enforcing federal education laws containing provisions affording equitable services to private school students and educators.)

Each candidate shared tidbits of information about his background.  Mr. Tuck attended Catholic schools in grades K thru 5, while Mr. Thurmond noted that his sister attended a Seventh-day Adventist school.  Both pointed to career changes.  Mr. Tuck soured on an early stint in finance in favor of service work in Thailand and Zimbabwe before becoming an educator and charter school leader.  Mr. Thurmond pointed to the impact of his background as a social worker on both his commitment to public service as a legislator, and his appreciation for the importance of education.  Both men, Mr. Thurmond as a social worker, and Mr. Tuck as a charter school executive, have spent years working with children and families living in poverty and struggling to succeed in school, and in life.  Each believes he can make a real difference as the next State Superintendent of Public Instruction.

Both See Opportunities for Collaboration

“I don’t differentiate about where families make the decision to send their kids.  I want to do whatever I can to support the education of all our kids.”  So said Mr. Thurmond, adding that he has sponsored legislation that would underwrite the cost of education for anyone wishing to become a teacher, as well as legislative efforts to address the challenge faced by teachers in accessing affordable housing.  “There are ways to do partnerships that will make that possible for educators regardless of where they teach,” he added.

Marshall Tuck spoke of creating a system in Sacramento that supports “really strong, thoughtful collaboration” between the public and private school sectors because, “collectively, as educators, our job is to answer the question: how do we give the best education to every child?”  He identified educating for empathy, inclusion and civic responsibility as areas “where I think there are interesting ways where the public school system can learn from private schools.”

A New Structure Within the CDE?

Both candidates were asked what steps they would take to create structures designed to build and sustain a renewed collaborative relationship following the recent dissolution of the California Private School Advisory Committee.  “We should create an entity within CDE,” said Mr. Tuck, “that’s focused on creating space for collaboration with public and private schools,” adding, “you actually have to give resources for collaboration to happen, because you have to give additional capacity that allows people who have day jobs to free up some time to go and actually work with each other.”

“I’d like to see the committee continue,” remarked Mr. Thurmond.  “If it goes away, it makes it easier for us to go away from each other at a time that I think we should be together.”  He also drew a distinction between “the technical side” of the Committee’s work, referring to the federal requirement that consultation take place between the state and appropriate private school officials, and the importance of simply “sitting around the table talking about the ways we help young people.”

When queried about the use of tax policy to support investment in education, Mr. Thurmond expressed support for SB 1214, a recent bill aimed at providing teachers with an “above-the-line” state income tax deduction for expenses related to “clearing” their teaching credentials.  He also identified legislation designed to make it possible for high school students to enter into dual enrollment arrangements in which they could complete community college courses on their campuses at no cost to participating pupils, regardless of whether they attend public or private schools.

Mr. Tuck concurred that affording a tax break to teachers faced with the expense entailed by clearing their credentials is a good idea “if you have to solve that problem in the short term.”  While cautioning, “I’m not a strong supporter of scholarships or vouchers,” he maintained that, “you’ll find me to be open minded, like if there are creative ways that we can leverage tax policy to pick up the pace of overall student success in the state, I’m always open to them.  I’m not dogmatic.”

Although Mr. Tuck is supported by charter school interests, and Mr. Thurmond by the California Teachers Association, both men have recently pointed to the need to review California’s charter school law.  While conversing with CAPSO’s leaders, Mr. Tuck referenced charter schools only by way of recounting his career trajectory and accomplishments.  Between 2002-2006, prior to working on behalf of children and families in traditional public schools, he played a central role in launching and operating 10 charter schools, eight of which serve low-income families in Inglewood, South L.A., and East L.A., which he described as “places where the public school system had let our families down for decades.”

Mr. Thurmond probed his private school audience to determine whether, and to what extent the growth of charter schools has contributed to a diminution in private school enrollment.  One private school leader responded that “It’s hard to compete with schools that say they’re doing many of the things that we (i.e. private schools) do, but charge no tuition,” and there was general agreement that charters posed a challenge.  “I haven’t come out in direct support of a moratorium,” Mr. Thurmond said, but added that he’s considering the need to “take a break” while reassessing current laws and practices.

More information about each candidate can be obtained at their respective campaign websites: