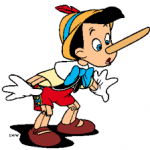 In a previous column titled, “Repeat as Necessary,” it was observed that opponents of education tax credit legislation have made a concerted effort to erase any meaningful distinction between tax credits and vouchers by making frequent reference to “tax credit vouchers,” and creating a legal fiction they brand as a “tax expenditure.”   As if to prove the thesis, the California Budget and Policy Center has recently published a troika of op-ed pieces that take the language game to something of an extreme.

The articles are titled:

The three articles, penned by a skilled writer in the person of Jonathan Kaplan, are strategically arranged so that the first presents a skewed critique of school vouchers, the second pulls a “bait and switch” maneuver in which the author attempts to fool readers into believing that education tax credits and school vouchers are one-in-the-same, and the third treats the previous article’s sleight of hand as a fait accomplit.

A tip-off to the articles’ bias is found in the following statement, appearing early on in the lead article:

“To the extent that students leave California public schools to attend private schools, the amount of funding generated by these students for their public schools would leave with them.”

There’s a subtle language game being played here.  Critics of school vouchers and education tax credits routinely warn of “lost revenue” to public schools while seldom conceding that ‘revenue’ received by the state and ‘expense’ incurred by its taxpayers are one in the same.  Because private schools provide a service for which a state pays either nothing, or relatively less than it would pay to educate the same child in a public school, a student that transfers from a public school to a private school typically effects a reduction in expense to the state.

The same article makes an implicit, if oblique reference to this “other side of the coin” by pointing out that public schools have certain fixed costs for which they remain responsible after students transfer to private schools.  That is true, but the loss-of-revenue net of the accompanying reduction-in-expense is a variable, rather than a constant, as the article appears to suggest.

Moreover, it’s not necessarily the case that a public school will suffer a reduction in per-pupil funding if parents opt to transfer children to private schools.  Such outcomes are subject to the discretion of legislators.  In Washington, DC, for example, a dollar of funding is allocated to the city’s public school system for every dollar assigned to a private school voucher (to the maximum value of a voucher) under terms of the DC Opportunity Scholarship Program. If public school per-pupil funding had deteriorated in states that have enacted education tax-credit legislation, the California Budget and Policy Center would, surely, have brought such outcomes to readers’ attention.

Before proceeding, let me be clear about my belief that one can oppose both school vouchers and education tax credits for good and legitimate reasons. Vouchers, in particular, are susceptible to the complaint that, “I don’t want my tax dollars ultimately flowing to a school that inculcates religious beliefs to which I do not subscribe.”  Despite the U.S. Supreme Court’s 2002 decision in Zelman v. Simmons-Harris, which upheld the legality of school vouchers, there’s no denying that the government expends funds that find their way – through independent choices made by parents – to private schools, including private religious schools.  It would be disingenuous of voucher supporters to pretend that private schools don’t derive benefit from such funds.

The same objection, however, cannot be applied to education tax credits because the U.S. Supreme Court has established that a tax credit does not entail a government expenditure.  That, in a nutshell, is what differentiates a tax credit from a voucher.  The latter involves public money; the former does not.  It is a non-trivial distinction that is simply ignored by California Budget and Policy Center articles.

This is how Jonathan Kaplan describes the mechanics of an education tax credit arrangement in the second article of his series:

“Taxes that are owed to a given state by individuals or businesses are instead donated to voucher nonprofits.”

Such a formulation is directly contradicted by the U.S. Supreme Court’s ruling in Arizona Christian School Tuition Organization vs. Winn, where the court found:

“Like contributions that lead to charitable tax deductions, contributions yielding student tuition organization tax credits are not owed to the State and, in fact, pass directly from taxpayers to private organizations.  Respondents’ contrary position assumes that income should be treated as if it were government property even if it has not come into the tax collector’s hands. That premise finds no basis in standing jurisprudence.”

To summarize:  Jonathan Kaplan holds that private contributions to scholarship-granting nonprofit organizations for which tax credits are awarded are made with “taxes that are owed to a given state,” while the U.S. Supreme Court holds that the same funds “are not owed to the state.”  Mr. Kaplan is certainly entitled to his opinion, but in this instance, the U.S. Supreme Court is the ultimate arbiter of what is opinion, and what is fact.  This inconvenient truth puts the lie to the linguistic machinations underpinning his second article.

Having made the specious claim that tax credits are really vouchers in disguise, Mr. Kaplan goes “all in” in the third article, wherein the term ‘tax credit’ appears but once, while the term ‘voucher’ is found no fewer than 37 times.  What could have been dispassionate analysis and reasoned argumentation has given way to propaganda, pure and simple. Repeat a lie enough times, and people will tend to believe it.

What prompted the publication of these articles?

Obviously, the California Budget and Policy Center is deeply alarmed over the possible enactment of federal education tax credit legislation. Although there is no indication that any such bill is likely to advance, California’s private schools now find themselves in the cross-hairs of school choice opponents, and are likely to remain there as long as the current administration remains in power and parental empowerment legislation proliferates in other states.

A “preview of coming attractions” can be found in Mr. Kaplan’s third article, where he proposes state accreditation of private schools, state oversight of a “comprehensive academic accountability plan” to be developed by each private school, and the enactment of “state-approved teacher evaluation plans” as transparent disincentives to private school participation in a federal education tax credit arrangement. The ostensible justification for the imposition of additional state regulation goes like this:  If private schools receive public funding, they should be regulated more like public schools.  As we have seen, this formulation turns upon a fallacious premise when tax credits are at issue.

We cannot permit the public, or our legislators to be boondoggled by language games.  California’s private schools save taxpayers billions of dollars each year while continuing a longstanding and demonstrable record of achievement in preparing successive generations of young people for success in college, readiness to enter the work force, and meaningful participation in civic life. Direct accountability to students and parents continues to work just fine.  Indeed, the California Budget and Policy Center might consider the words of former National Association of Independent Schools President Patrick F. Bassett who, in a 2002 Education Week article titled, “Testing, Accountability and Independence,” wrote:

“What’s at stake with the push of governments at all levels toward centralized control, standardization, and uniformity? The imposition of state curricula and testing crushes the freedom that American families have to determine the best educational environment for their children. Homogenizing the American educational system with high-stakes tests and state-mandated curricula will not rescue all of the failing schools, but it could destroy the models of educational excellence that already exist.”

I view private schools as partners in the education of the public.  As a product of California’s public education system, a taxpayer, and the grandparent of a public school student, I want our public schools to succeed. Even more importantly, I want all children to succeed, regardless of the type of school they happen to attend.  And that is why I’m put off by a trio of smartly written but deeply flawed articles that bend the truth to pit public and private schools against one another in a contrived zero-sum game.

Note:  The views expressed in this article are those of the author, and are not necessarily shared by the California Association of Private School Organizations, or any of its members.