Opponents of school choice appear committed to the application of the maxim, he who defines the terms wins the argument. Consider a recent letter to the Comptroller General of the United States, jointly signed by Senators Patty Murray (D. -WA), Sheldon Whitehouse (D. -RI), and Ron Wyden (D. -OR), in which the three ask the Government Accountability Office to conduct a review of “state tax credit voucher programs used to provide subsidies for private school tuition.” 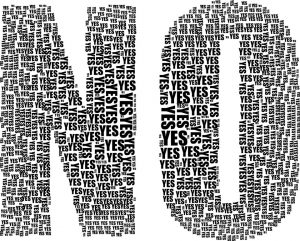 The term ‘tax credit voucher’ appears no fewer than ten times in the missive. The signatories explain the expression as an arrangement that allows “individuals and corporations to receive full or partial state income tax credits when they donate to nonprofit organizations that administer and distribute vouchers to students for private schools.” This artful conflation of tax credits and vouchers obscures the critical fact that no government expenditures have been made. The vouchers in question are privately funded.

The view that a tax credit does not entail a government expenditure is more than a matter of opinion; it is a finding of law established by the U.S. Supreme Court via its 2011 ruling in Arizona Christian School Tuition Organization v. Winn. Writing for the majority, Associate Justice Anthony Kennedy explained: “Like contributions that lead to charitable tax deductions, contributions yielding student tuition organization tax credits are not owed to the State and, in fact, pass directly from taxpayers to private organizations. Respondents’ contrary position assumes that income should be treated as if it were government property even if it has not come into the tax collector’s hands. That premise finds no basis in standing jurisprudence.”

It is precisely this notion – that income should be treated as if it were government property, even when it reposes in the pocket of the taxpayer – that finds expression in a second misleading term: “tax-expenditure.” Here is how the expression is unpacked by the California State Assembly’s Committee on Revenue and Taxation:

“Existing law provides various credits, deductions, exclusions, and exemptions for particular taxpayer groups. In the late 1960s, U.S. Treasury officials began arguing that these features of the tax law should be referred to as ‘expenditures’ since they are generally enacted to accomplish some governmental purpose and there is a determinable cost associated with each (in the form of foregone revenues).”

When viewed through such a distorted lens, money the government need not spend because private citizens provide a particular service for which the state would otherwise be required to expropriate funds is, nevertheless, treated as an expense. (One need only consider the postulate holding that “foregone revenue is expense” to appreciate the hubris originating in the coercive power of the state.)

If you can intuit the (il)logic by which money the government doesn’t need is regarded as expense, you can also understand why the observation that private schools save taxpayers billions of dollars, annually, means so little to so many legislators. In their world, those billions represent money the state could be spending if only the private sector didn’t obviate the need to raise the funds. Rather than effect savings, private schools deprive the state of revenue. Repeat “tax credit voucher” and “tax expenditure” enough times, and you might just believe it.